There are many formulae for the area of triangle, in this article we would like to prove the following formula of area of triangle. which is more commonly used in mathematics.

$1)\Delta = \frac{1}{2} base * height$ where base is one side of the triangle and height is the altitude on the considered side from the opposite vertex. 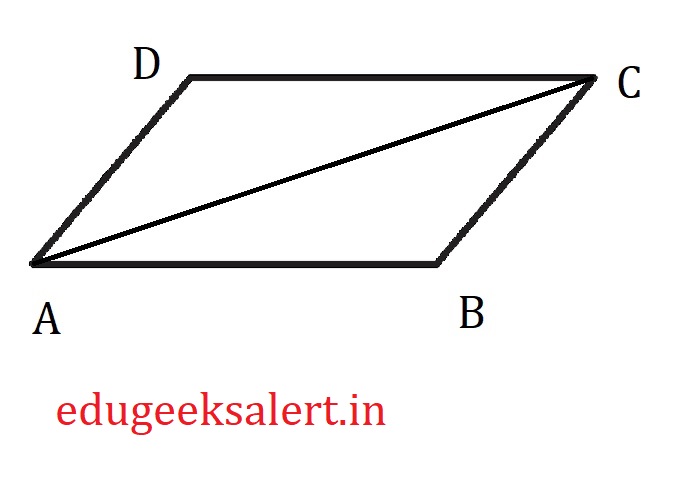 since AD and BC are opposite sides of paralellogram $$AD=BC$$

since AD $\parallel$ BC and AF is transversal corresponding angles must be equal, $$\angle DAE= \angle CBF$$

by Angle Side Angle axiom $\triangle ADE$ and $\triangle BCF$ are congruent. By this we can say that:

Was this page helpful?

Glad to hear it! Please tell us how we can improve.

Sorry to hear that. Please tell us how we can improve.