Rise of Magadha empire and the 16 Mahajanapadas

Magadha was a region in Bihar and one of the sixteen Mahajanapadas, and also the most dominant kingdom
By Siachen Team | Saturday, December 10, 2022

Rise of Magadha and Mahajanapadas 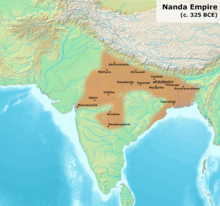 Magadha was a region and one of the sixteen Mahajanapadas, ‘Great Kingdoms’ of the Second Urbanization in what is now south Bihar at the eastern Ganges Plain. Magadha was ruled by the Brihadratha dynasty, Pradyota dynasty, Haryanka dynasty, and the Shishunaga dynasty.

Note: there is no state until Magadha emerged as it follows the koutilya’s definition of state called Saptangas

Why Magadha is Powerful?

Another intellectual is Rakshasa(greatest diplomat)

Alexander defeated small indian kingdoms upto Ravi river and stayed there for 18 months but didn’t enter India because he Feared Ruler of Magadha Dhanananda as he was having 6000 Mighty elephants and 9000 infantry(horses) and 100,000 + soldiers

But the Greek’s answer is different, as Herodotus said that Greek soldiers were exhausted and felt homesick.

It is stated that Magadha has 3 powerful dynasties